Drones can apparently take out airplanes 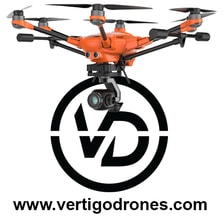